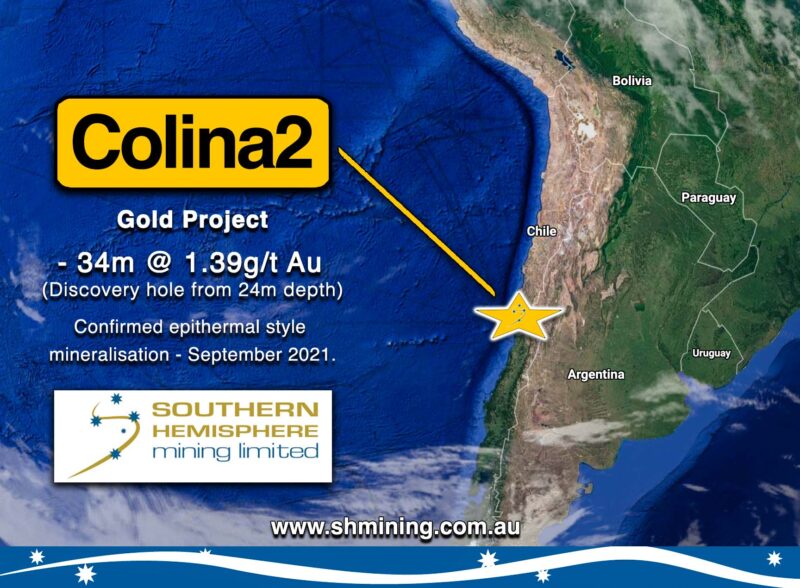 The 100% owned Colina2 Gold Project in Central Chile is located 9km to the northwest of Pucobre’s El Espino Copper Mine development and adjacent to the company’s own Llahuin Copper Gold Moly Project.

For the latest on the Colina2 Gold Project please see the news feed on this page. 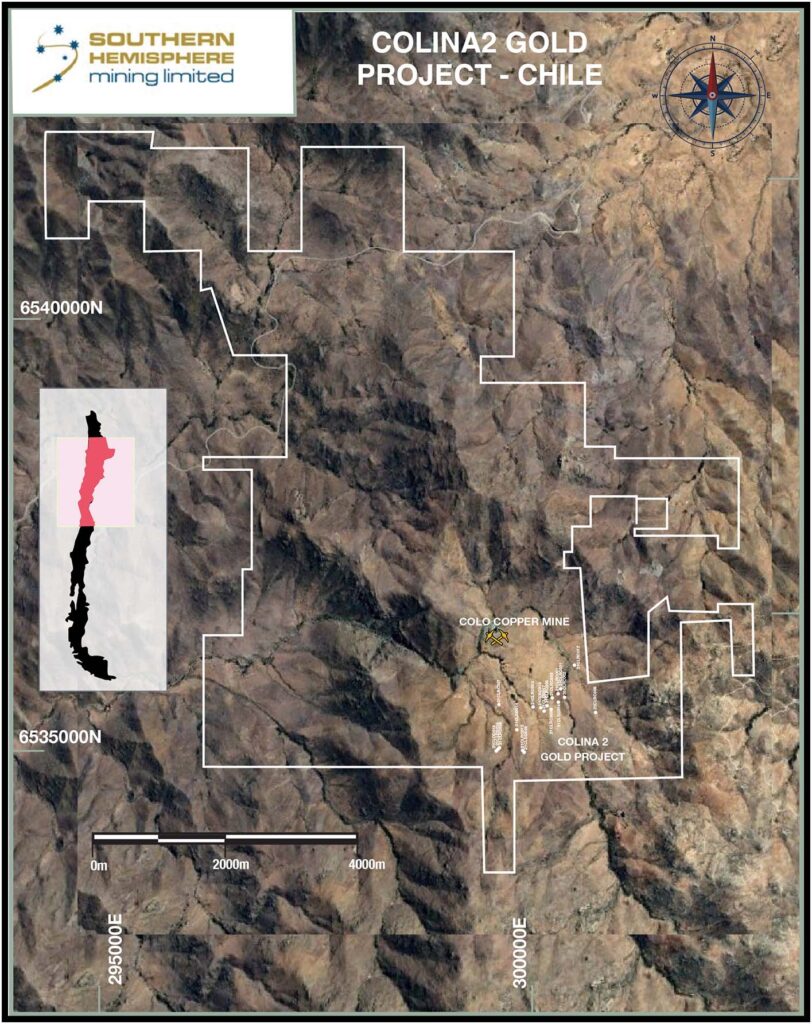 In July 2021, the company released the below high resolution drone magnetic survey image map from Colina2. 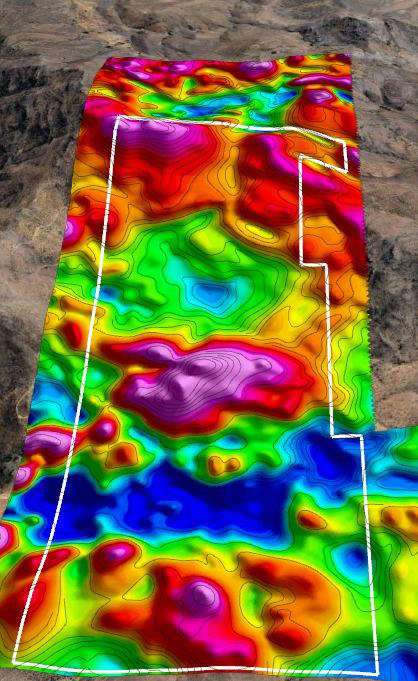 Following a data review of the soils, drilling and geophysical data available for Colina2 (by a new management team) a reinterpretation of the data suggests the gold in soil anomaly may not have been adequately tested previously. The soil data shows a NE-SW trending robust MMI Au in soil anomaly 1150m long with response ratios up to 286. SGS laboratories consider a response ratio for gold over 20 anomalous. (SGS Technical Bulletin 19 MMI Sampling).

The soils were collected and assayed in 2006 and the anomaly was tested with one drill hole. This drill hole does not intersect the fault position which is interpreted to control the gold anomaly. The soil anomaly is on the side of a hill which drains to the west resulting in the gold anomaly moving downhill.

A trenching program to test the surface expression of the Au in soil anomaly was completed. The host rock is an altered grano-diortite intrusive with boxwork textures with hematite-limonite possibly replacing sulfides and magnetite. Some quartz veinlets smaller than 1 mm with a central suture and hematite halo were also observed.

Targeted RC drilling followed the above exploration work and successfully hit gold mineralisation in the 3rd hole with 34m@ 1.39g/t gold from 24m.

Southern Hemisphere Mining Limited has released photos from the company's [...]

Southern Hemisphere Mining Limited has released its Investor Presentation for [...]

Welcome to our new website. We are a successful [...]