Southern Hemisphere Mining Limited reports the progress of drilling at two of the company’s Chilean copper and gold projects – the Llahuin Copper-Gold-Moly Project and the Colina2 Gold Project. 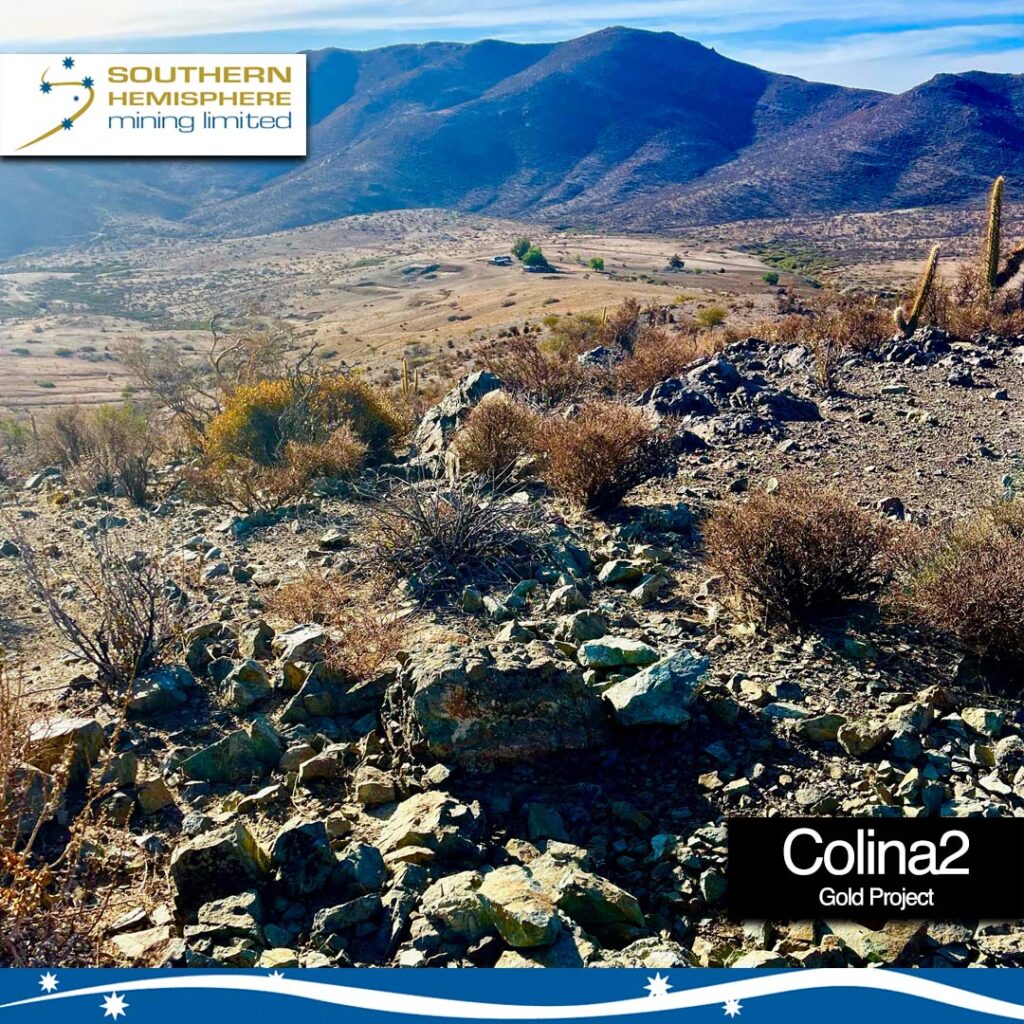 Results to date at the Colina2 Gold Project include 34m @1.39g/t Au from 24m (ASX release 13 September 2021) which is one of the key follow-up zones. Colina2 is located 8km to the NW of the Company’s 100% owned Llahuin Copper/Gold/Moly Project.

A new outcrop zone of prospective copper mineralisation has been identified and sampled in a 180 sample program completed at Colina2 this week. 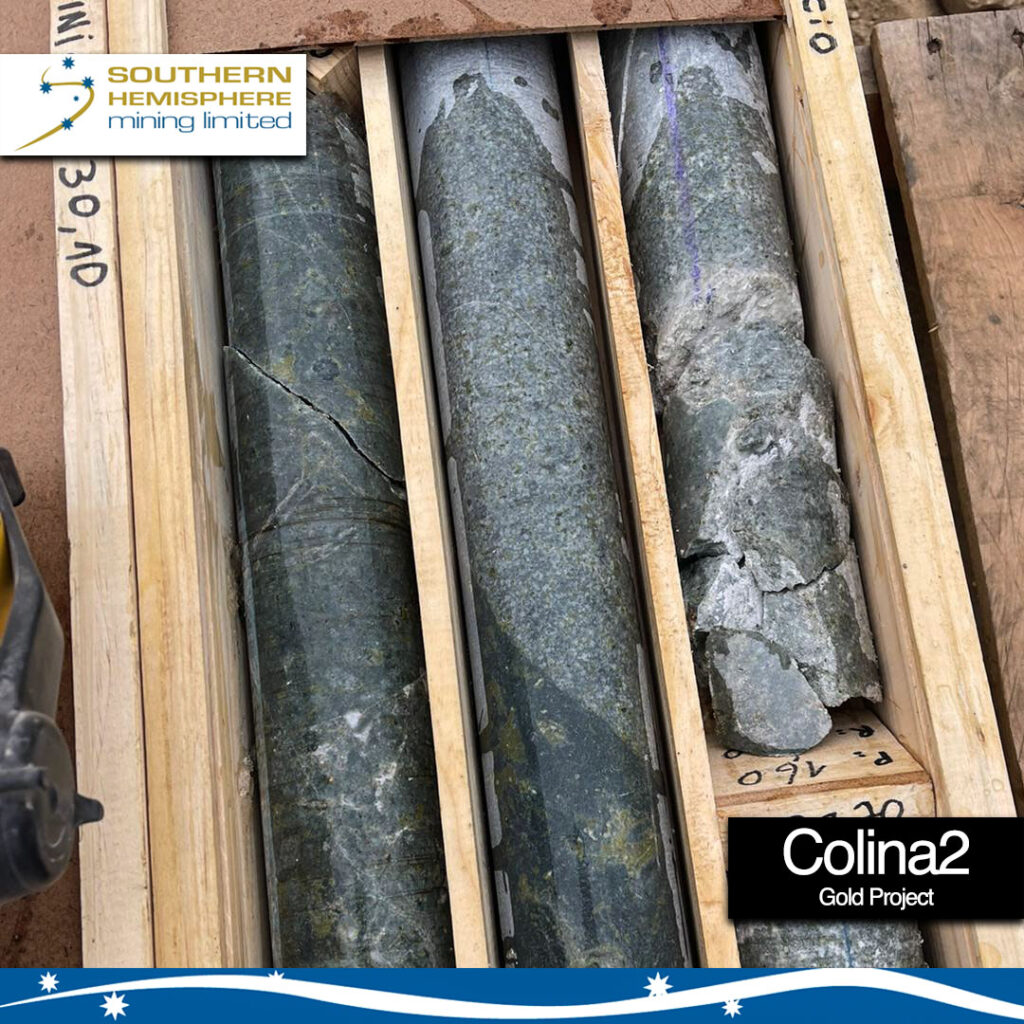 Fig 2. Diamond drill core from first hole in this program at Colina2.

The large Llahuin copper/gold/moly porphyry system is located 8km SE of Colina2, and 8km East of the El Espino Copper/Gold mine development (Pucobre).

The current resource at Llahuin is in the measured and indicated category – [email protected] 0.41%CuEq which the Company is working to expand significantly. 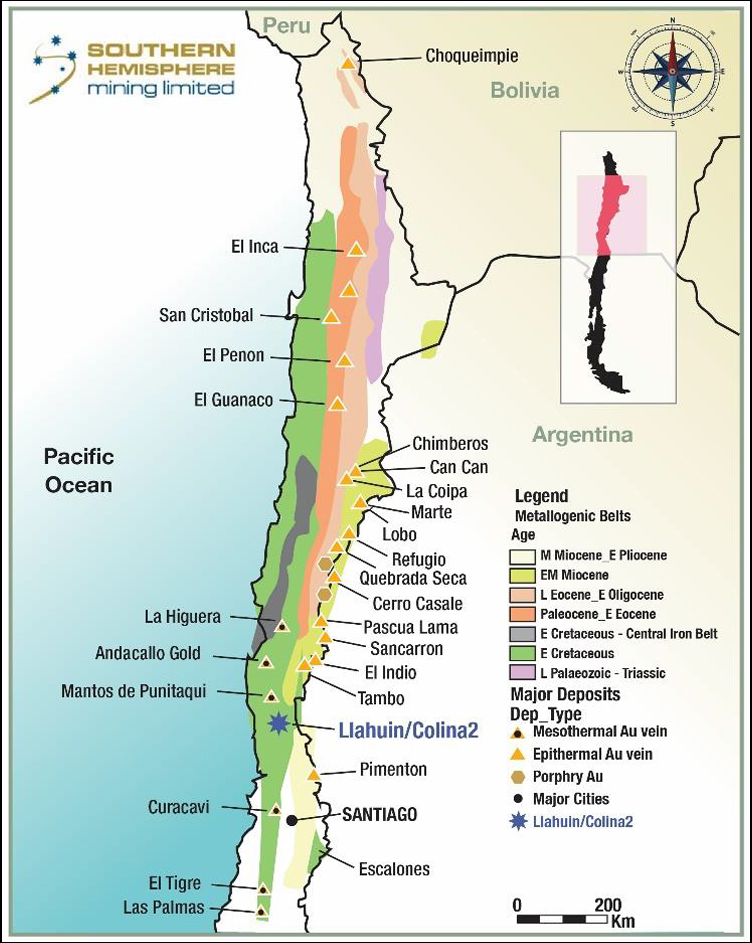 The ~60km of drilling to date, and a large database of drill results, soil sampling, magnetics, geophysical studies etc, historically costing tens of millions of dollars to acquire is of enormous value for geological understanding going forward, and increasing exploration success for less cost.

Two orientated diamond holes have been completed to better understand the geological system in order to target deeper drilling of the potential source of the Mineral Resource outlined to date.