On completion the rig will move to the Colina2 Gold Project for a carefully targeted orientated diamond drilling program of 4-6 holes.

Colina2 is located 8km to the NW of the company’s 100% owned Llahuin Copper/Gold/Moly Project.

The Llahuin large copper/gold/moly porphyry system is located 8km SE from Colina2, and 8km East of the El Espino Copper/Gold mine development (Pucobre).

The current resource at Llahuin is in the measured and indicated category- [email protected] 0.41%CuEq which the Company is working to expand significantly.

The exploration team has made good progress, with the ~60km of drilling to date, and a large database of drill results, soil sampling, magnetics, geophysical studies etc., historically costing tens of millions of dollars to acquire. All of this data is being validated and incorporated into one database (the first time that this has been done), which will be of enormous value for geological understanding going forward – increasing exploration success for less cost. 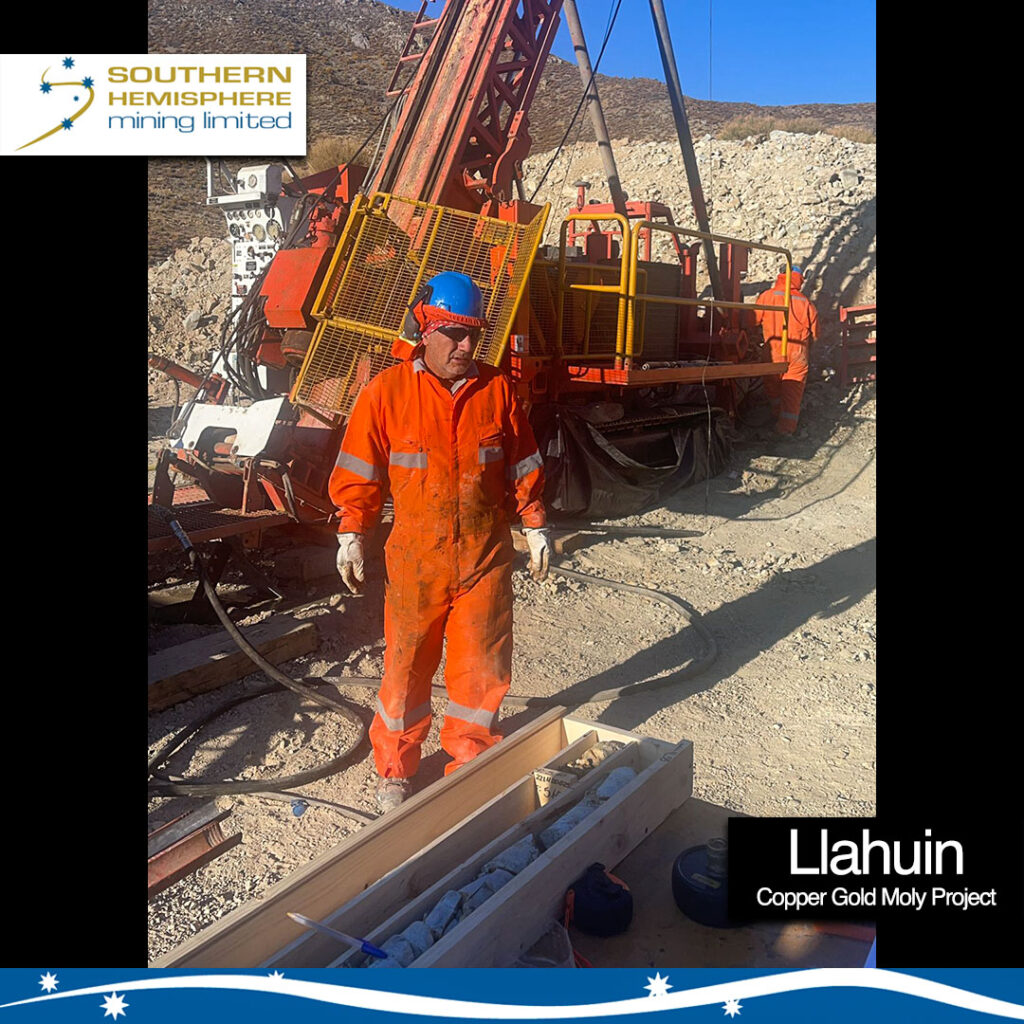 The Company notes the Chilean government general assembly’s recent confirmation of the continued stability of the country’s mining laws, which is timely and supports the Company’s further investment into these advancing copper and gold projects.