Southern Hemisphere Mining Limited has welcomed the views of Jeffrey Currie, Global Head of Commodities at Goldman Sachs, who told CNBC’s Squawk Box this week that a commodities super-cycle is already underway.

“This is the first innings of a commodities super-cycle – it’s not just oil and gas, it’s metals, it’s mining, it’s agriculture – because the sector has suffered from a decade-plus of under-investment,”

Currie said – you can watch the full interview here.

“All of these capital heavy industries have suffered from under-investment.”

Southern Hemisphere Mining (ASX: SUH) is poised for a re-rating, given that it has a number of advancing commodity projects in Chile. The company is currently drilling to expand their resource base at the Llahuin Copper-Gold-Moly Project and adjoining Colina2 Gold Project.

Southern Hemisphere Mining also owns the Los Pumas Manganese Project near Arica, Chile. The project is at an advanced stage (hosting 23mt @ 7.8% Mn) and the company is seeing a JV partner.

Currie also added this on the global nature of commodities.

“What makes commodities very different to other asset classes in other sectors, is they are truly global in nature and they are very fungible across the world.” 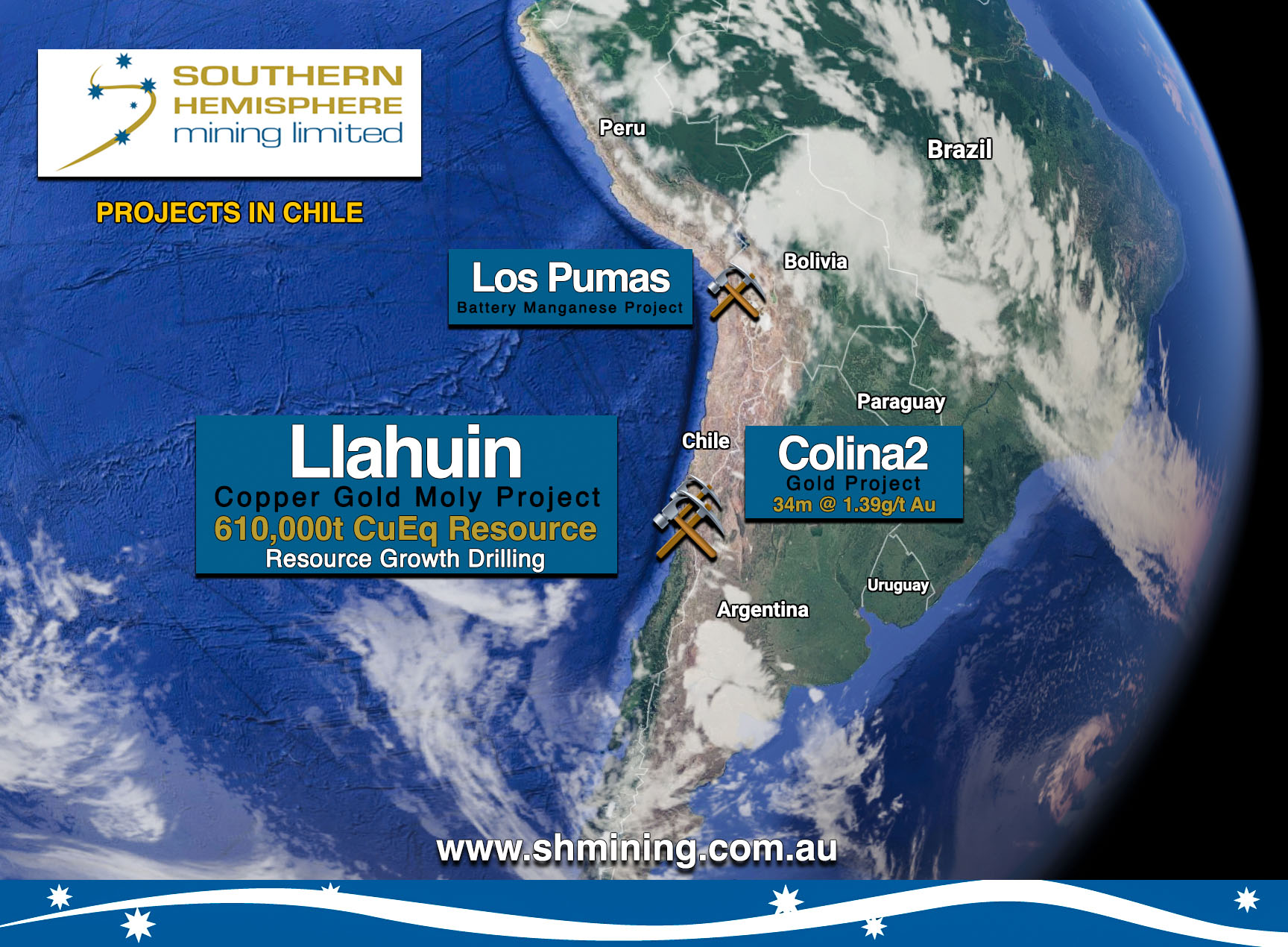