Southern Hemisphere Mining Limited reports that all results from the latest RC drilling program at its Llahuin Copper-Gold-Moly Project have been received from the ALS Laboratory in Chile, with results from the remaining 13 holes reported in this release. 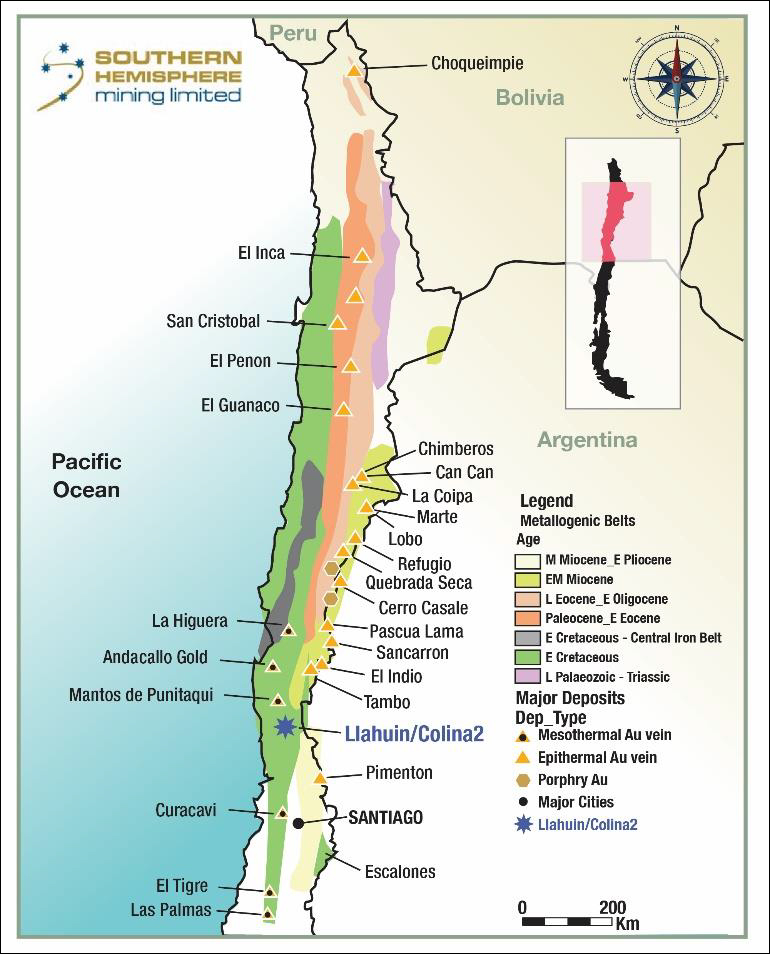 The drillhole locations are shown in Figure 2. 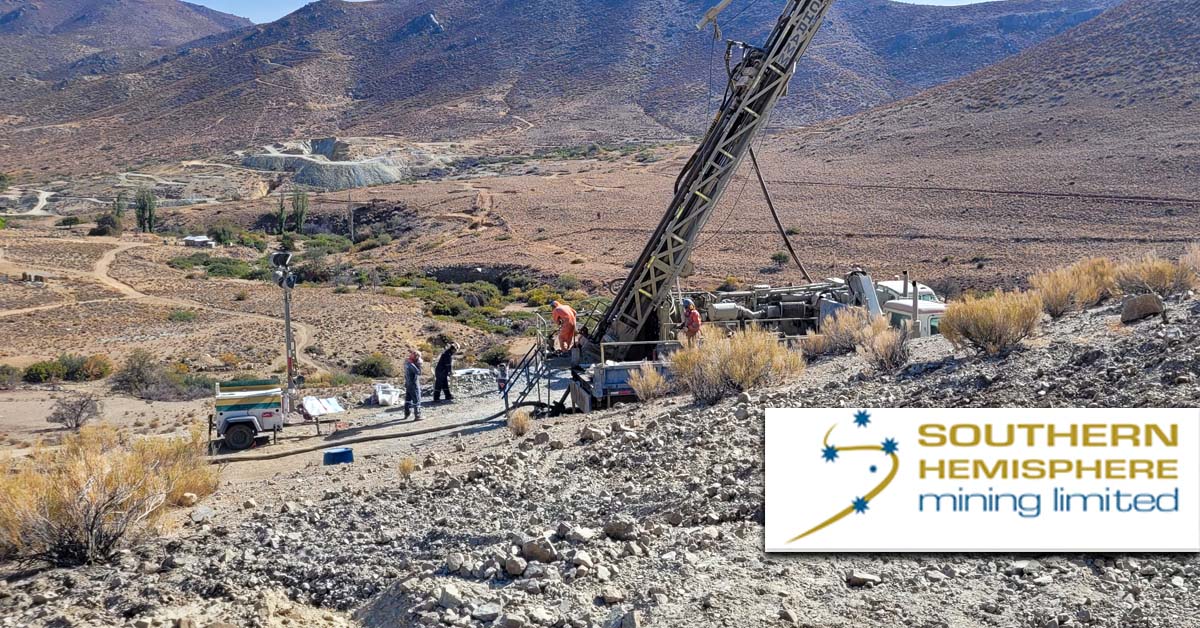 Drilling at Llahuin during the completed RC Drilling Program.

The next stage of drilling is starting this week and will comprise a small orientated diamond drilling program designed to verify structures and densities at both the Central Porphyry and Cerro De Oro deposits.

Data from this program will guide further near surface drilling this year. 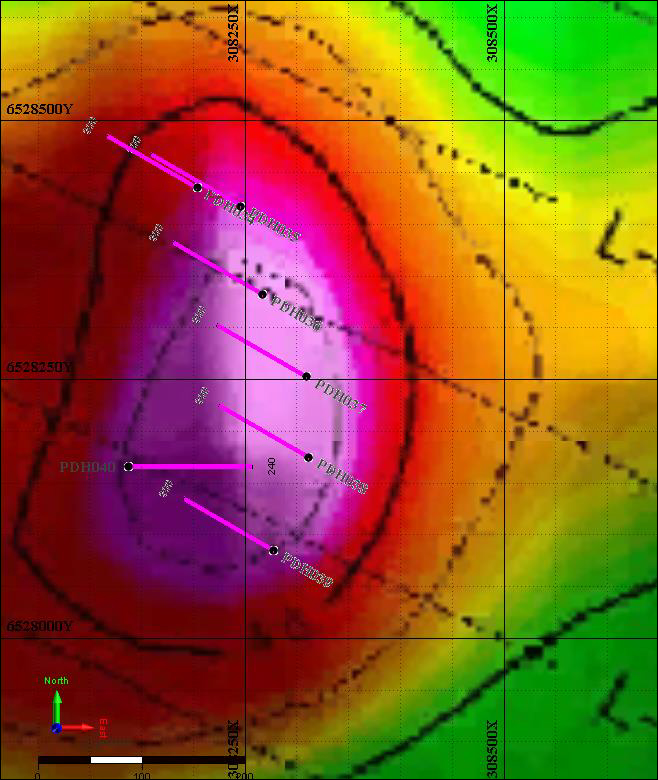 All of the assays have been received from the ALS laboratory in Chile and significant results are presented in Table 1 below. 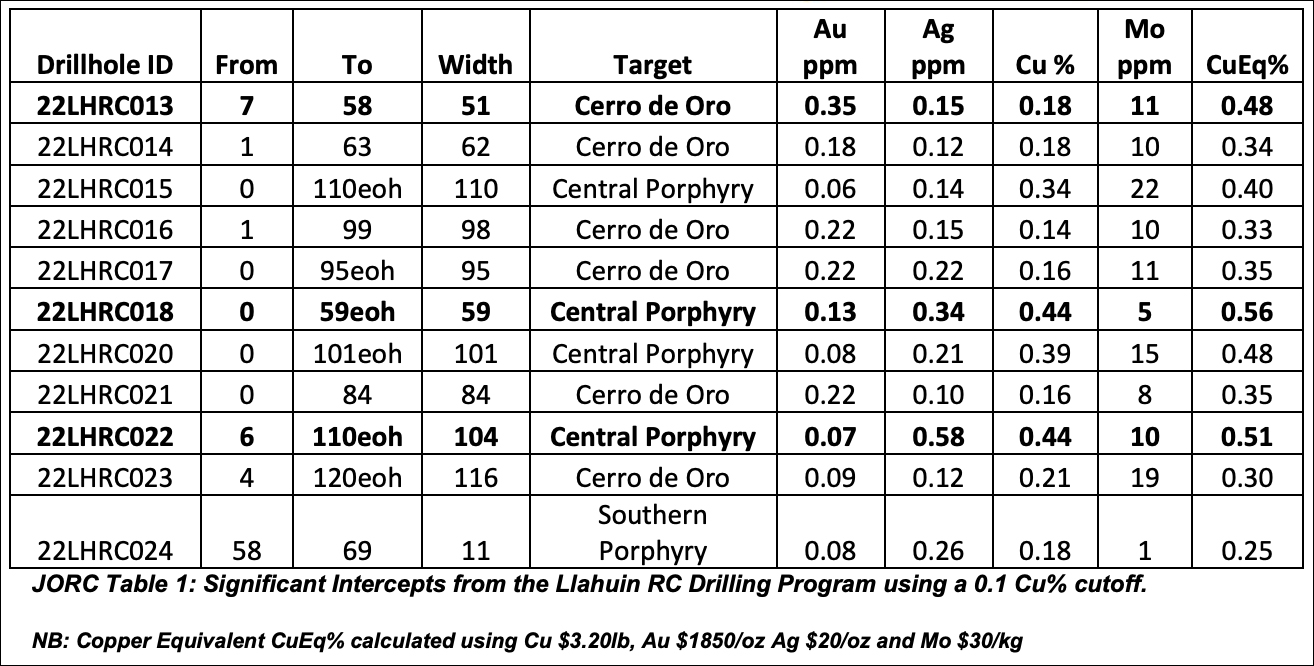 Note: there has been insufficient exploration to estimate a Mineral Resource at the Southern Porphyry target and it is uncertain if further exploration will result in the estimation of a Mineral Resource. Turnaround times for the laboratory have increased due to personnel issues associated with COVID.

The information in this report that relates to copper and gold exploration results for the Company’s Projects is based on information compiled by Mr Adam Anderson, who is a Member of The Australasian Institute of Mining and Metallurgy and The Australian Institute of Geoscientists. Mr Anderson has sufficient experience which is relevant to the style of mineralisation and type of deposit under consideration, and to the activity which he is undertaking to qualify as a Competent Person as defined in the 2012 Edition of the “Australasian Code for Reporting of Exploration Results, Mineral Resources and Ore Reserves”. Mr Anderson is a consultant for the Company and consents to the inclusion in the report of the matters based on his information in the form and context in which it appears. For further information, please refer to the Technical Reports and News Releases on the Company’s website at www.shmining.com.au