“It is far beyond a price issue.”

Those are the words of Freeport McMoran’s CEO and Chairman Richard Adkerson, as quoted in RFC Ambrian’s latest comment ‘The Copper Problem’ on 4 April 2022. With the copper price at already decade highs, Adkerson pinpointed pipeline growth as the biggest challenge copper production companies had ahead of them, rather than a return on what they have already.

“The market is going to need it (copper) faster than companies like ours can produce it.”

This news came out of the CRU 2022 World Copper Conference held in Chile last week, with RFC Ambrian reporting CRU forecasted the annual copper supply deficit would be more than 6 million tonnes per annum for the next decade and that an investment of over $100bn is required if the world is going to meet those demand requirements.

“As RFC Ambrian commented regarding the copper supply deficit, ‘Put simply we need around eight more Escondidas to fill the gap, and we need them to come to full production capacity in the immediate future’, that is staggering, so reinforces the potential Southern Hemisphere Mining could play in meeting this supply gap and get a substantial project off the ground.” 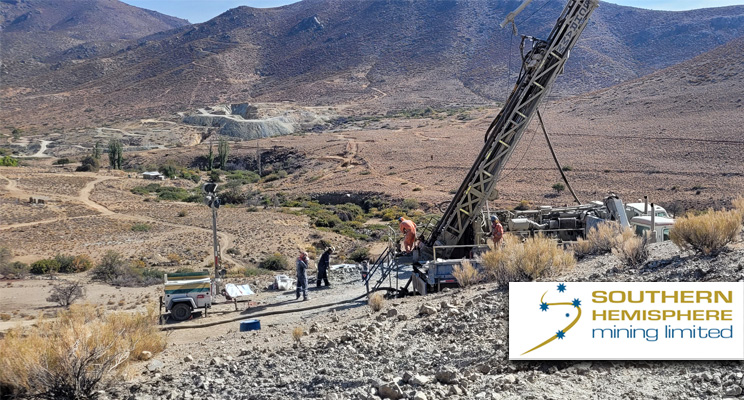 Santiago analysts from Goldman Sachs suggested prices need to go much higher to stimulate a significant supply response, an indication, perhaps, of the quality of the current copper project pipeline. Existing copper companies cannot significantly accelerate their current project pipelines, given the lack of historic exploration spend, development timelines, ESG considerations and ultimately the quality and quantum of the pipeline that exists.

Southern Hemisphere Mining notes that according to RFC Ambrian, there were only 22 copper projects scheduled to be in production before 2026 (per S&P Global Intelligence) to contribute 1.5Mt pa of copper at capacity.

Despite the additional planned capacity potentially coming onstream in the next four years, consensus forecast numbers point to a structural deficit in copper supply of approximately five million tonnes by 2030. An additional 20% of current global production coming from greenfield projects implies more than 75 new mines coming into production in the next eight years. That looks like a tall order.

“Not many companies in the world are in the position of having a significant defined copper resource in a well endowed geology A area with 100% ownership like Southern Hemisphere Mining has in South America, and the problem of too many drill targets!” Stowell commented.

Coming in Part 2, Southern Hemisphere Mining looks at the role it could play in the other development identified in the RFC Ambrian commentary on ‘The Copper Problem’ which focused on the expansion of mines through M&A.