Southern Hemisphere Mining Limited is commencing an RC drilling exploration program at the 100% owned Llahuin Copper-Gold Project and the recent Colina2 Gold Project discovery in Chile next week – locations are shown in Figure 1 below.

“The sampling results confirmation of our team’s interpretation of the Mag-3 anomaly porphyry gold-copper target is a major technical breakthrough on this large mineralised system, and we look forward to drilling it,” Chairman Mark Stowell commented. 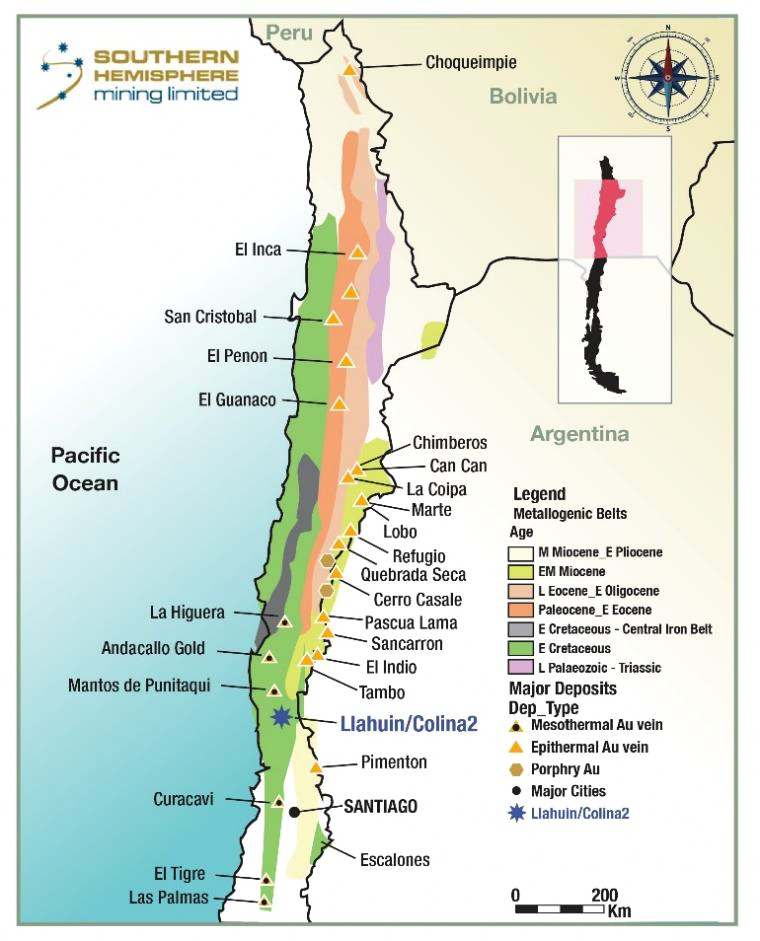 A 146 sample rock-chip program was completed during February 2021 over accessible areas of outcrop in the Llahuin Project area. The sampling program tested areas in the project area not previously sampled for near surface gold and copper.

Significant results from this program are presented below showing a zone of quartz-limonite stock work veining intersecting strongly sericite altered quartz-diorite in the top part of a magnetic anomaly Mag-3.

Importantly, the mineralization is still open, but largely concealed under alluvial cover outside the area sampled. The previously acquired ground magnetic data shows ring structures which are interpreted to be potential porphyry targets.

The recent sampling has confirmed this interpretation, so RC drilling at this and other targets is commencing to test for higher grade near surface gold and copper. 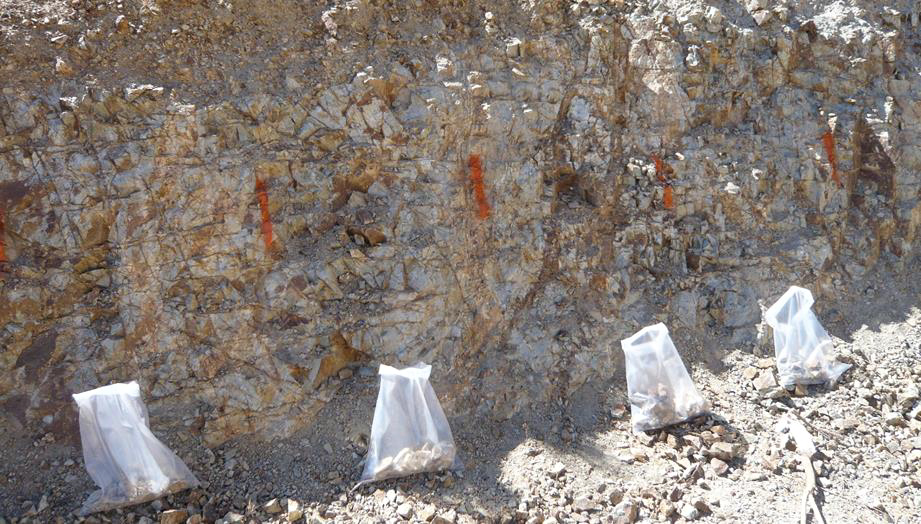 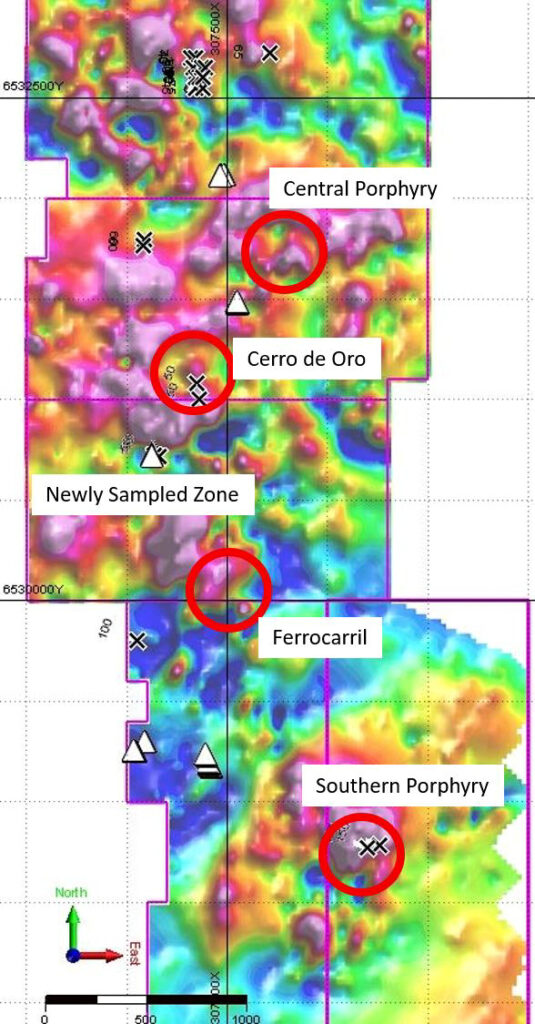 The maiden RC drilling program at the Colina2 gold discovery is commencing first.

Colina2 is located 8km to the NW of the Llahuin Project.

Previously reported results showed gold grades up to 12.8g/t Au from trenching, (ASX release 18/11/2020) with a new rockchip in the southern part of the tenement returning 17g/t Au. Significant results from the Colina rockchips are presented in Table 2 below. 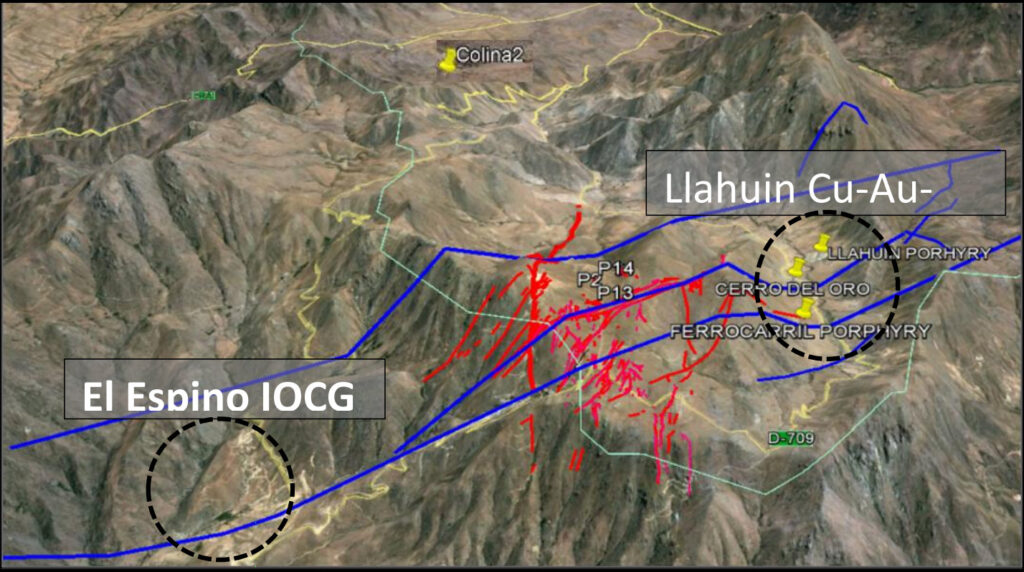 Results will be reported at the completion of drilling and assaying of each project.

Approved for and on behalf of the Board of Directors M Stowell – Chairman.

COMPETENT PERSON / QUALIFIED PERSON STATEMENT:
The information in this report that relates to copper and gold exploration results for the Company’s Projects is based on information compiled by Mr Adam Anderson, who is a Member of The Australasian Institute of Mining and Metallurgy and The Australian Institute of Geoscientists. Mr Anderson has sufficient experience which is relevant to the style of mineralisation and type of deposit under consideration, and to the activity which he is undertaking to qualify as a Competent Person as defined in the 2012 Edition of the “Australasian Code for Reporting of Exploration Results, Mineral Resources and Ore Reserves”. Mr Anderson is a consultant for the Company and consents to the inclusion in the report of the matters based on his information in the form and context in which it appears.

For the latest information about the Company – please visit our Latest News and Corporate Profile pages. We are also on LinkedIn and Twitter. ASX: SUH.