Southern Hemisphere Mining Limited welcomed news of the copper price moving over $4 per lb, ahead of the company’s latest drilling operation to expand its 100% owned large Llahuin Copper-Gold resource in Chile. 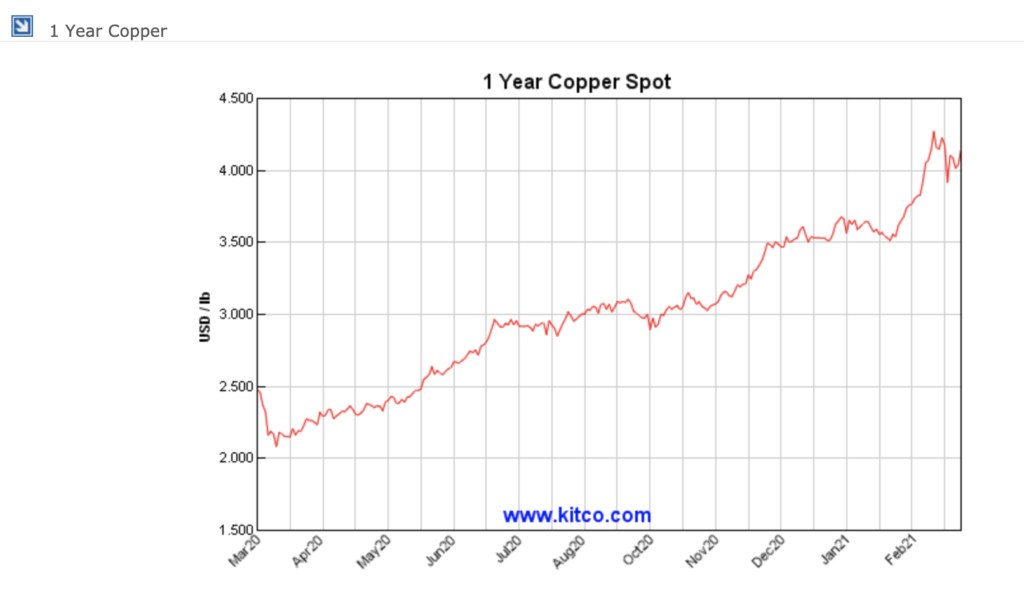 The company’s current copper porphyry deposits at Llahuin sit -149mt @ 0.41% CuEq, and they will begin drilling later this month. For the latest on Southern Hemisphere’s Projects read our Investor Presentation from February.

More on Copper Porphyries via www.investingnews.com: 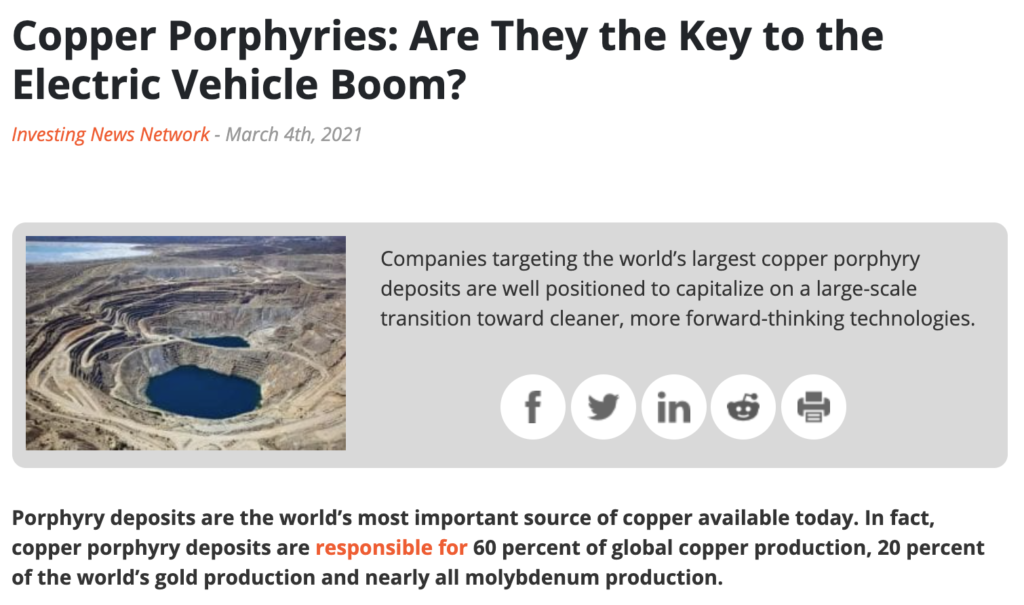 Porphyry deposits are concentrated in the Southwest Pacific as well as the orogenic belts across the west coast of North and South America. The most well-known example of a copper porphyry hotspot is Chile, the world’s leading copper producer. Globally, the largest copper mine is BHP-Billiton’s (ASX:BHP) and Rio Tinto’s Escondida mine, which has been in production since the late 1990s. The mine, which is based on a copper porphyry deposit located in the Atacama Desert in northern Chile, accounts for a whopping 5 percent of the world’s total copper output.

For more on the global impact of Porphyry deposits – read the article.

Southern Hemisphere Mining Limited is a successful copper-gold explorer in Chile, the world’s leading copper producing country and one of the most prospective regions of the world for major new copper discoveries. ASX: SUH.